The Committee for Regional Development visited the Great Western Greenway in Co. Mayo as part of its Inquiry into the Benefits of Cycling to the Economy. 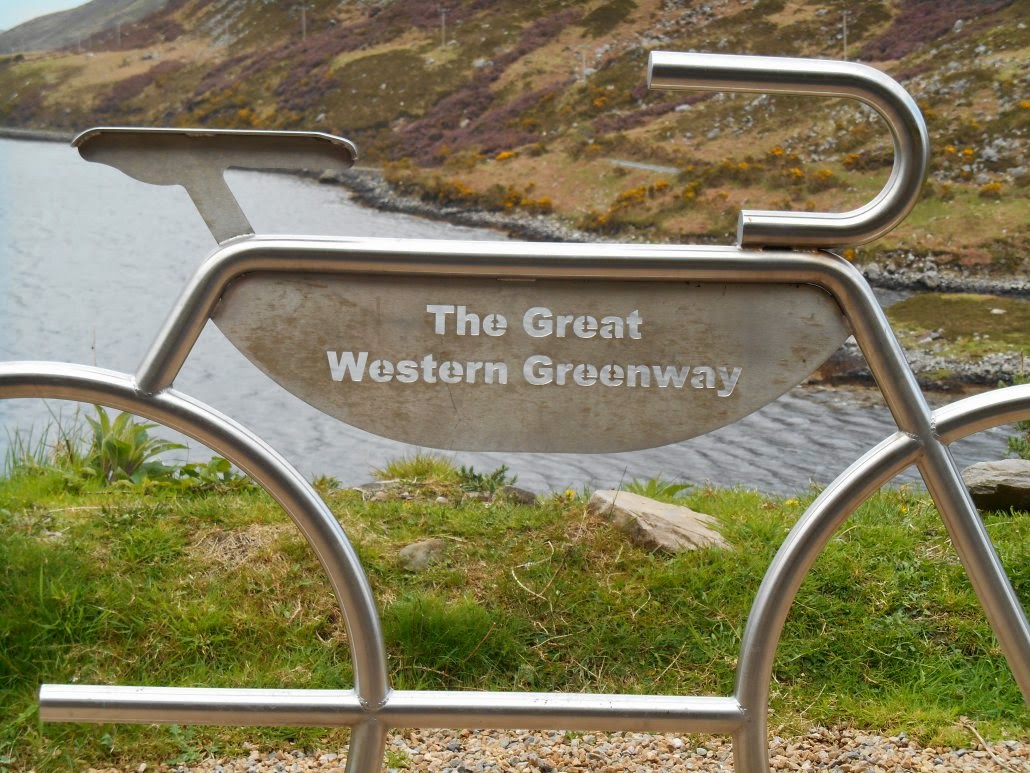 After participating in their own mini-Giro by cycling 20 km from Mulranny to Achill and back, Members learned that the Great Western Greenway, the longest off-road walking and cycling trail in Ireland, welcomes over 200,000 users a year, helping to create 58 new jobs in the area and putting over €7m into the local economy each year.

Sean Kelly , a local businessman, told how his artisan butchery has benefited significantly as a result of being situated directly on the Greenway. Sean told how the Greenway and the trade it has brought has enabled him to diversify into a café which receives over 200 patrons each day and has opened up an export business for his produce into London.

Padraig Philbin, from Mayo County Council, described the Greenways journey from disused railway lines into what the New York Times described as one of the top three most attractive bike journeys in the world.

Suzanne O'Brien told Members how the Mulranny Park Hotel became involved in the marketing of the greenway, including the establishment of a gourmet food trail along the greenway including local cheese producers and honey farmers.

Finally, Travis Zeray described how he set up Clew Bay Bike Hire on the back of the greenway and how it is now one of the top 100 attractions in Ireland.

Keep up to date on the work of the Committee by visiting their webpage.