Assembly Community Connect was pleased to invite members of the Black and Minority Ethnic (BME) sector to a ‘Get Involved’ event on Tuesday, 24th June 2014 at Parliament Buildings.

The day began with a presentation on how the Assembly works, which gave participants an understanding of the workings of the Assembly. The group then heard from Mike Nesbitt, Chairperson of the Committee for the Office of the First Minister and Deputy First Minister (OFMDFM), who gave an overview of the OFMDFM Committee’s work. This was followed by a “speed-networking” question and answer session, where attendees got the opportunity to speak directly to MLAs and officials about their concerns and interests. Our thanks to the MLAs who made time in their busy schedules to participate in this event. There was a fantastic level of engagement between the MLAs and the attendees, who were all so engrossed in their discussions that the biggest challenge was getting the MLAs to move on to the next table once the buzzer had sounded! 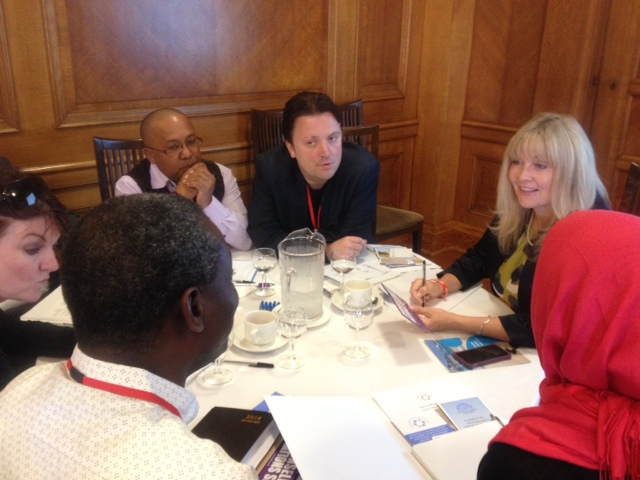 The final presentation of the day, ‘How Westminster works’, was given by Gary Hart, Parliamentary Outreach Officer for the Houses of Parliament. Gary provided an entertaining and informative insight into the parliamentary process at Westminster. Matters relating to nationality, immigration and asylum are ‘excepted’, meaning they remain the responsibility of Westminster. Given that these matters can be particularly relevant to the BME sector, it was important that attendees were made aware of ways that they could express concerns and input into these matters at Westminster.

Overall, the ‘Get Involved’ event was described by attendees as “excellent”, a “great experience” and one that left them with a feeling of “empowerment”. We were pleased that one attendee said it was a “very informative event, and I am happy to encourage other members from the BME sector to get involved and participate” – we want everyone in the community spreading the word about our events so we can be as inclusive as possible!

We also received some very useful suggestions of future events that could be held, to “help improve understanding and good relations with integration between BME and indigenous cultures”, and we look forward to working with the BME sector to organise these.
Posted by NI Assembly at 10:41