The Northern Ireland European Regional Forum (NIERF) held an information session on the EU funding programme ‘Europe for Citizens’ on 24 April 2015 in Belfast City Hall, where Bruno Denis from the DG Home at the European Commission provided a detailed overview of the programme.

The Europe for Citizens programme was created to foster citizen participation, particularly at a time when electoral turnout is diminishing and many EU citizens do not feel well informed of or involved in the EU.

The programme aims are:
For the 2014-2020 period, Europe for Citizens has a budget of €185million. The programme is highly competitive and previously, the UK has been underrepresented in successful projects. The programme consists of 2 strands – European remembrance; and democratic engagement and civic participation. 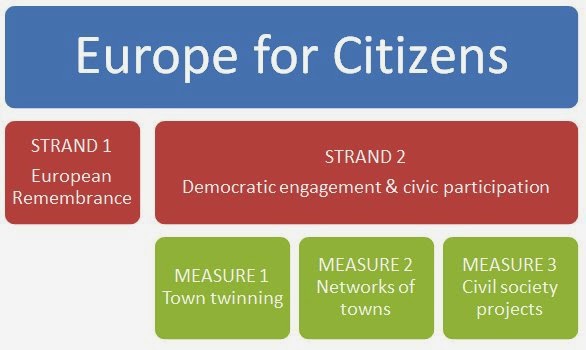 NEP was one of 5 partners under the ‘network of twinned towns’ measure on the EUPLETT project. EUPLETT - ‘European Urban Planning via public participation and Local Empowerment in networks and Twinning Towns’ - focused on regeneration of town centres.